Nina Hendy on freelancing, advocacy, and the Freelance Collective 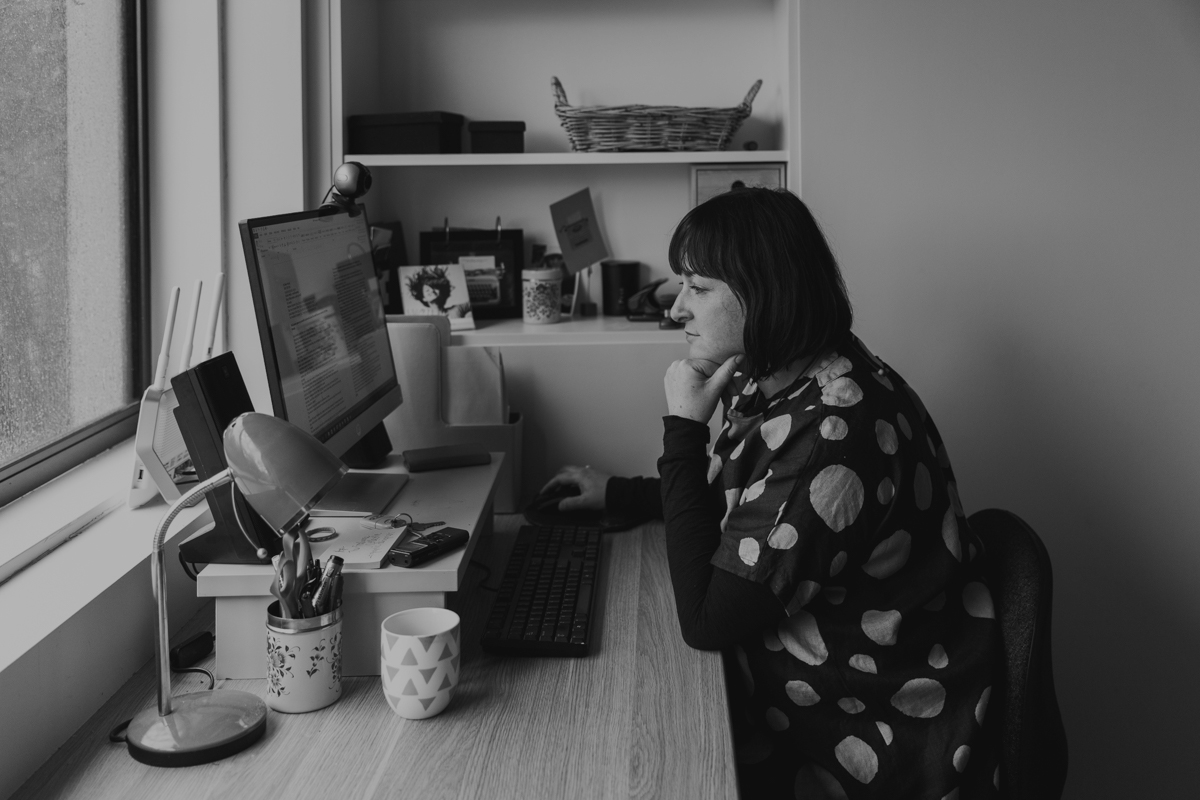 Nina Hendy is a freelance business journalist and content creator. She is also the founder of an online community of vetted creative freelancers, The Freelance Collective, which enables excellent freelance talent to be found by clients, connect and share job leads, collaborate and learn from other freelancers.

Nina had already decided she wanted to be a journalist by the time she was a teen. She landed a cadetship after school covering news and real estate at a community newspaper back in the 1990s. She spent the next 10 years honing her craft across three newspapers and under eight different editors, before stumbling across the opportunity to freelance while working at a business magazine. It wasn’t until later that freelancing became her full-time role. From that, she launched The Freelance Collective, and has since gained a reputation for being a staunch advocate for creative freelancers.

What was the catalyst for the move to freelancing, and what (if any) challenges did you encounter?

I accepted a redundancy during the Global Financial Crisis, intending to head out on my own. I’d already built up some regular freelance work, and was determined that I could make a real go of it. Fortuitously, the following week I was contacted by an editor at The Sydney Morning Herald, who offered me a regular weekly gig. That was more than a decade ago, and I haven’t looked back.

There are always challenges along the way. Learning what editors want from freelancers was one of the crucial learnings in the early days.

I learned early on that I would need to pitch myself - along with the story. But I was always determined to make freelancing work, so I learned as much as I could absorb from books, conferences and mentors.

I didn’t want my job as a journalist to dictate where I lived, which was the driving force when I started working for myself. Being location-independent with the freedom to pick and choose the work I wanted to accept was always the ultimate goal for me.

Where did the idea for Freelance Collective come from, and what’s the journey been like?

In 2015, I was increasingly frustrated by the growth in Fintech platforms purporting to be the next big thing for freelancers. Every time I turned around, there was another one. Some claimed to allow freelancers to set their own rates, but the reality was very different, and the platform or the client was always setting rates and dictating the terms of engagement.

These platforms pay a pittance and expect freelancers to bid against each other for jobs, which is only a race to the bottom in terms of quality and remuneration.

Freelancers emerge from those platforms feeling discouraged and undervalued.

It annoyed me. I kept hoping something would come along that would genuinely allow the freelancer to charge what they wanted to, and clients could choose to accept that or not.

The freelancers I knew were complaining about how little they were earning. That wasn’t my experience.

The Freelance Collective came about because I was trying to solve a problem.  I bootstrapped the launch, outsourced all of the project management and build, so that removed many headaches, but it wasn’t cheap. In those early days, there were plenty of challenges. But the team I’d built stuck to the vision, and we worked through them.

The Freelance Collective is designed to enable freelancers to create their own paid listing page. Once they’ve been approved and their profile goes live, clients can search the platform to find the talent they need for projects. It’s really simple – but it’s the complete opposite concept to many other sites out there.

Paying clients have the security of knowing that everyone listed on the platform is an experienced creative who will deliver quality work. All payment negotiations are strictly between the client and the freelancer, and unlike some other platforms, we don’t take a cut.

What I love is that all the listed freelancers are connected in a private community. There, they can learn from each other, ask questions, accept and share jobs that we post, and discuss the nuts and bolts of freelancing, such as accounting, dealing with late payments and insurance. They can also share their client wins and freelancing frustrations in a safe, supportive environment.

Until you get to the stage that you’re dictating your rates, landing plenty of work, it can be pretty lonely and isolating, and you can feel like you’re a commodity. But if you keep growing, that stage is short-lived. Being part of a like-minded community that is supportive can be a considerable comfort. We all learn from each other.

The Freelance Collective makes me feel like I’ve finally found a group of people who are on the same page as me - people who are excited about running their own independent freelance business, rather than moaning about how hard freelancing is.

Has The Freelance Collective been rewarding?

Absolutely! I feel so proud of what The Freelance Collective has achieved.

Meeting, networking, and collaborating with so many fabulous freelancers of varying disciplines all over Australia has been an extraordinary experience. Many of us have been approached by clients from all over the country and overseas, who would have never have been able to find us without us all being in one centralised and vetted talent database. What’s more, freelancers are back in control and can finally charge what they are worth.

You are a well-known advocate for creative freelancers. What does advocacy look like for you?

The whole premise of starting The Freelance Collective was built on my firm belief that freelancers should have the power to set their own rates and terms, and the advocacy built from that organically.

I will always speak out if I see something that isn’t in the best interests of freelancers – even just within our community, but on occasion, publicly. We are not a commodity, and it annoys me when I see a freelancer being treated like one.

Because the Freelance Collective is home to various creative freelancers, I often get approached by new platforms and services for freelancers and share their products or services. If it’s something I think will benefit people, I will share it with the community immediately in an open and frank way, so we can all benefit from tools, apps, and other services that will help our business or productivity.

I’ve also actively worked to find discounts and services like great insurance and cloud accounting for freelancers, which we pass on to members, often with introductory discounts or member benefits.

What tips can you offer for those starting on their freelancing journey?

Make sure you’re constantly growing and evolving. Whether that’s the clients you’re working with, the services you offer, how you quote for projects or the approach to how you work. There are always better and more efficient ways to do things. Soak up as much knowledge as you can from other freelancers. Sometimes they have already made the mistakes, so you don’t have to.

Make sure you’re working directly with the client, rather than via a platform that gives all the power to the client. You’re never going to be able to make it stack up that way.

Be prepared to work hard. Nothing comes easy in life. Clients don’t owe you anything. Find what you’re good at, and stick to it. If you’re offered a job outside your skillset, politely decline and find someone within your network better placed to take on the work. I guarantee you’ll be top of mind the next time they have a job that they can’t take on.

Also, make sure you find your peeps. Take part in online networking. There are some great communities out there for beginners in the freelance world. Once you’ve got some runs on the board, make sure you join The Freelance Collective.