How The Freelance Village is helping freelancers grow and thrive

Posted by Sam Grover on 19 October. 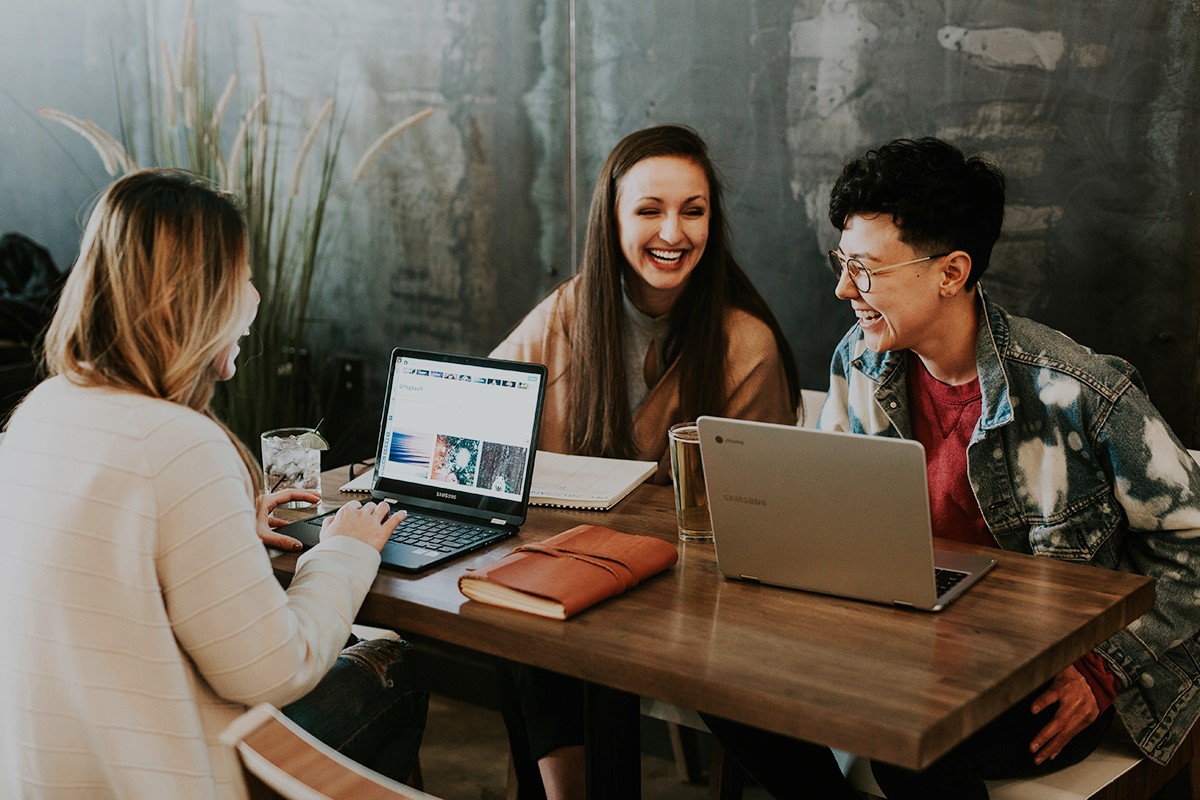 Most freelancers will be familiar with websites like Freelancer.com and Upwork, which create huge global markets of freelancers, all pitted against one another. Someone posts a job, and freelancers put in their proposals and bids. More often than not, the client takes one of the very lowest bids, and that’s the end of the story for everyone else.

In 2017, Erin Harrison recognised that this model was not really working for anyone. Freelancers were having to put in lots of bids at rock bottom prices just to compete, and they were getting very little back in return. Business owners didn’t have any way of vetting a freelancer’s skills and experience, and could easily end up getting burned by hiring someone who wasn’t up to the job.

The only winner in this game was the platform, which took a portion of every freelancer’s invoices.

So she made an alternative: The Freelance Village.

The Freelance Village is a not-for-profit community that does three things:

Fast forward to 2020, and Freelance Village has dozens of freelancers, with around 1,000 visitors to the website a month. It’s building a community and keeping its freelancers busy.

There are a few key differences between The Freelance Village and other platforms that connect freelancers and clients.

The first is that The Freelance Village is not a business. It’s a not-for-profit. Freelancers contribute a nominal amount for advertising and web hosting, but the focus is on community, rather than profit.

Next, every freelancer is personally vetted by Erin to make sure they have what it takes to do good work for their clients. At the same time, the total number of freelancers in any given area of expertise is capped. This means that potential clients get just a few, highly skilled freelancers to choose from, rather than a huge pool of freelancers of all kinds of skill levels.

This means that clients can choose freelancers who suit the problem they’re trying to solve, without having to sift through a bunch of unqualified applicants. Freelancers don’t have to compete with a whole bunch of other people for the same job - so there’s no race to the bottom.

A road to success

The effect of all this is to create a steady stream of work for freelancers on the platform.

Cheyney McDonnell, a graphic designer and illustrator told me that her biggest client came to her through The Freelance Village in 2017 - and is still with her in 2020! Abby Beswick, a communications specialist (and Hnry user!) said something similar - “two of my best clients are from The Freelance Village.”

This isn’t just from being on the website. Erin actively works to keep traffic coming to the website, so there’s lots of potential clients looking for freelancers. She invests in advertising, and the site gets around 1,000 views per month. Any one freelancer doesn’t have to capture much of that to stay busy!

There have also been lots of opportunities for collaboration (more on that in a bit). One great example was that a number of freelancers were involved with the Mentemia app when it launched during the Covid-19 lockdowns in early 2020.

When you go out on your own as a freelancer, you give up two things. The first is a steady income. The second is a community of like minded people.

It’s easy to forget to take this second aspect into account when you go out on your own. But there really is something nice about spending time with people who are working on similar things to you, and generally moving in the same direction.

When you go out freelancing, you give this up in favour of working on your own. Even if you work from a shared space, you don’t really get that same feeling of pulling in the same direction that you get when you work in a regular job.

The Freelance Village sets out to provide some of the community you miss out on when you work on your own. There’s a reasonably-active private Facebook group, where members share stories, questions, talk through problems and so on. Freelancers from the Village also meet up in real life - they’ve met up for drinks in Auckland, and when I spoke to Cheyney McDonnell, she was about to go out for a walk with a friend she’d made at this meetup, several months before!

So The Freelance Village isn’t just providing a source of work for freelancers - it’s giving them access to a community of people in similar situations, with similar challenges.

A sum of more than its parts

But the real value of The Freelance Village comes from combining the community with the steady stream of work.

Freelance PR and Marketing consultant Angela March told me that she’s had situations where someone else in the community has been unable to take an incoming job because they’re at capacity. That community member passed the job onto her.

Other freelancers I spoke to all told me similar stories: they had all passed work on to other freelancers, or had work passed on to them. It was a common thread.

This has a few different effects:

But there’s a fourth effect across all of these: the reputation of the community improves. Every time this happens, The Freelance Village develops a better reputation as a place businesses can visit to get their job done, by a skilled freelancer. This in turn makes them more likely to use the community and recommend it, which makes the reputation even stronger.

And at the same time, the relationship between the two freelancers referring jobs to one another becomes just a little bit stronger. And that relationship - and relationships like it -  are what create the value in The Freelance Village in the first place.

It’s a virtuous cycle. And it’s one that every freelancer I spoke to was quick to mention - work doesn’t just come in from the site itself, it comes from the community as well.

Then there’s one last effect: the opportunities for collaboration. As the community grows, each freelancer gets to know the other freelancers a bit better. And that creates opportunities to work together.

One great example was from Cheyney McDonnell, the graphic designer I mentioned earlier. She interviews people from the The Freelance Village community for her YouTube channel. This gives her content to help push her brand, while also promoting the freelancers she interviews.

Again - the sum is more than the total of its parts.

In the future, Erin wants to make The Freelance Village the go-to place for the best freelancers in New Zealand, and for it to become more than a community of freelancers. She wants to add advocacy, assistance, research, support - whatever the community needs.

In the meantime, take a look at The Freelance Village. Numbers are limited, but if there’s a gap your skills can fill, you may be able to get a look in. Check it out!