Recruitment and the 21st Century: a Q&A with Find's Rob Woodward

Posted by Ben Jardine on 15 November. 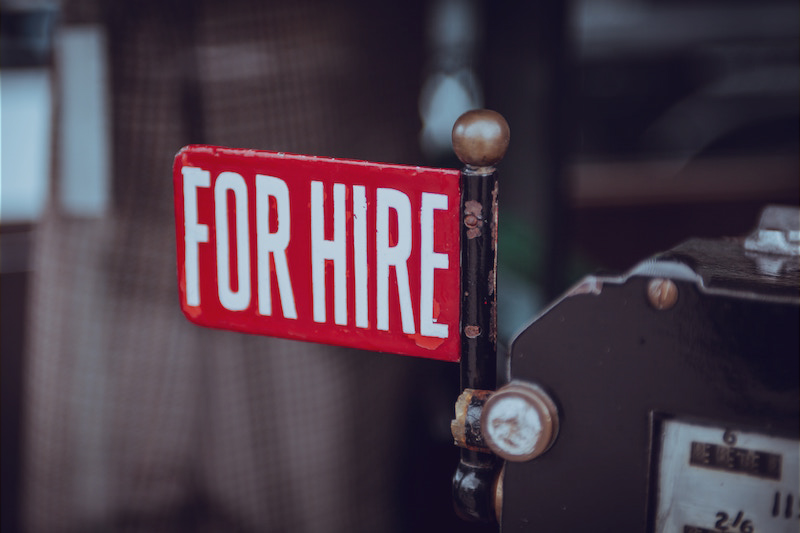 Rob Woodward is a Founding Director at Find Recruitment, a recruitment agency that places contractors in Finance, Technology, Digital and Corporate roles. We chat to him about the ways in which recruitment has (and hasn't) changed since he originally got into the industry twenty years ago, and the process of establishing the Find agency. 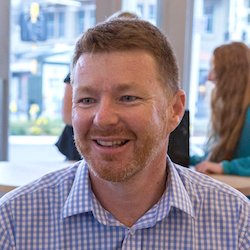 Tell us a bit about yourself and how you got into recruitment!

I first started out as an investment banker and did that for nine years up until 1998 when I joined recruitment.

I’ve been in recruitment for twenty years now. For the first nine years of that journey, I worked for a company called Momentum and then eleven years ago, myself and two colleagues, Mike McKay and Julian Greaves set up Find Recruitment. Later on, we were joined by our Business Partners Nick Calavrias, Simon Rooney, Pete Thompson and Josh Rea.

Right now Find consists of a group of four companies in Wellington and Auckland, with 27 staff handling executive recruitment right through to IT through to corporate roles at the executive level.

One of the interesting comments someone made to me back then, when I was moving from investment banking to recruitment was: “why are you going to join an industry that’s dying?”

At the time, there were big job boards (monster.com, for example) and other man-made technologies that were using e-options. People were saying “the role of the human is going to go”.

As we can both see, recruitment hasn’t “died”. How has it evolved over the twenty years you’ve been in the industry?

In terms of the mechanics of recruitment, the industry has broadly remained very similar over the last twenty years. Now that’s not to say that there are differences in how we look at AI and how our attitudes toward work and company culture are changing. Software, CVs and interviewing – these things are all evolving and getting better. But the industry is taking a lot longer to “die” than I think a lot of pundits said it would, twenty years ago.

On the topic of AI, Google has been working on AI for selection processes for the last four or five years and has just canned the project because they found that their AI was generating a male bias. Now they were trying incredibly hard to get it to do the job of successful, objective selection but it inherently had a male bias. And Google are at the top of the tree here, so you think if they can’t do it it’s still a long way away.

In my opinion, as long as humans are hiring humans, traditional recruitment will have a role.

So what was behind that decision to start your own recruitment agency? After working for one for so many years, what was it that you wanted to fix?

The recruitment company we worked for was very successful but we found that its brand wasn’t as strong as our personal brand. People were ringing the individuals to speak to them directly, circumnavigating the brand because we’d created these personal attachments. Now this is quite common in the industry today, and at the time we knew that we could monetize that connection. We knew people would ring us and that we would provide an excellent service. We didn’t need a “brand umbrella” across the top. So that was the catalyst. We wanted to run our own ship.

Moreover, I think the idea was to simplify. We were in that space where there were meetings: account meetings, management meetings and meetings for the meetings. We just stripped it right back and turned out to be really successful with it.

How have you managed to grow as an enterprise while still maintaining that initial idea?

That’s something we’ve really had to consistently work on. You know, it sounds like something simple but we have to work on it constantly, and we do.

It might sound weird but we treat everyone as an adult. We don’t have KPIs. We don’t have budgets. We don’t have sales targets. In effect, we let people run their own businesses and we provide the tools and the support the need to do that. It really is as simple as that. We try not to overcomplicate things, we don’t put people on a treadmill, we don’t make them send x amount of CVs or attend y amount of meetings. The idea is just: “look, this is what we think creates successful outcomes. Model it, and see how you go.”

I think the other important thing is that we work in the business ourselves; we are the owners that work amidst the other staff. So people see us emptying the dishwasher, trying to place really tough roles and experiencing the ups and downs of recruitment. We work alongside our staff so that they know we’re in the trenches together.

What do you see as differences in work now versus when you started out in the recruitment industry?

There are new roles that come in almost weekly: social media analysts, for example, or cyber risk experts. When I started in ‘98, those roles just didn’t exist. We also had roles back then that we were placing – unit pricing accountant, for instance – which are gone now. So, we‘ve seen this evolution within the system.

It’s the same when you look at the body of history. When you look back at blacksmiths and farriers, it’s obvious that roles have and will continue to change.

When we do our searches now, the software reads the CV – but there’s still a CV to be read. At the end of the day, we still need to understand the person: why they’re leaving their current job, what they liked and didn’t like about it, what their anxieties are, what their stretches are and what determines a good fit for them. We use human questions – that hasn’t changed.

So do you feel people’s approaches to work have changed?

One of the greatest drivers of the flexible labour market (the “gig economy”), or contracting in general, is the overall economic well-being of the people in it. During the Global Financial Crisis (GFC), people wouldn’t come out: maybe their partner had just lost their job and there was no way they would go contracting, maybe they had an outstanding mortgage. Maybe they had been contracting but the organisation they worked for said it would be much cheaper if they go on permanently, so they would.

These economic cycles dictated the flow and appetite of work, and as the economy gets better and stronger, people are more prepared to pay off their mortgage and feel more positive about taking that Leap. So the gig economy comes roaring back.

How have young people responded to the flexible labour market (‘gig economy’)?

The gig economy has allowed graduates to have a slightly more unstructured, easier start into the labour market. They might do a little bit here and there or learn a new skillset because the graduate roles are harder to get into. Once you’ve got one you’re away but how do you get that first one? So recent graduates are eager to be working $20 an hour for three weeks as it’s better than nothing.

Graduates are still looking for mentors and structure. Contracting makes it a bit harder for this to happen as it’s a bit more piecemeal and there might be a number of different environments in which one will end up working. You learn a bit in this scenario but a lot of graduates and junior people are seeking a little bit more engagement early on, and will maybe go contracting in Year 3, 5, 7 or even 12.

What about the older labour force? Has the gig economy appealed to them as well?

That’s a group that we haven’t really seen play out yet. As people are starting to live longer and as the pension may or may not go from 65 to 67, the “greybour” market will have more of a voice. Older people might say, “you know what, I’m going to work three days a week and I don’t really want to do bits here and there.”

Imagine the circle that’s forming here: you’ve got the permanent labour market here that’s changing and trying to grab some of the gig economy people back; you’ve got technology that allows the gig economy to rise; then you’ve got the older labour force going, “hang on, how do we get a piece of this?” It’s a pretty fluid state at the moment: I wouldn’t say we’re roaring this way or that. It seems to be a zero-sum game.

How would you rate New Zealand’s approach to the gig economy and the nature of work itself?

Technology is getting stronger and stronger in the everyday workplace, which allows freedom from the workplace but sumultaneously allows movement around what the structure of work actually looks like.

It’s sort of a balancing act, the gig economy. Some people really react to having to be at their desk from 8-6, five and a half days a week. They’re going “bugger that, I’m going to work in the gig economy”. The labour market is changing: employers are wondering how they can keep workers permanently because they really want their knowledge and to keep them as part of the team. If we push people too hard in one way, saying you must be at your desk and work these horrendous hours, people are more than willing to go into the ‘gig economy’. But there are also organisations (like Perpetual Guardian with their 4-day work week) saying: “we can let people work from home and bring their dogs into the office – you don’t have to physically be here but please tie to us”.

It’s a really interesting phase we find ourselves in: technology is forcing us to look at how we work and how we approach the idea of permanent work, the gig economy, and student internships. And they’re all sort of working in concert at the moment and reacting to each other.

Are we in a better position compared to other countries of similar size and population? Are we doing well on the global stage?

I think so. I’m a Wellingtonian and I think even regionally some places are doing better than others. We’re a country of small businesses, though people do tend to have transport issues and mortgage issues.

We know globally that New Zealand is doing rather well on the labour market front. There are some issues around transport and the cost of living in Auckland. There’s a lot of pressure there, and we’re really surprised that we’re not seeing as much of what we call ‘economic refugees’ – people who can’t live in Auckland and come and find a job in Wellington. We thought we’d be seeing more people like that at this point, and there are some, but not as many as we’d thought we’d see.

And you know, looking at other countries that have labour issues (Japan, for instance, has problems with overworking), I think, for the most part, New Zealand is pretty on the mark.

What do you think are some other positive outcomes of the gig economy?

Pro: the agile, unstructured way of the gig economy is breaking down barriers that traditionally have been present through age and race hierarchies.